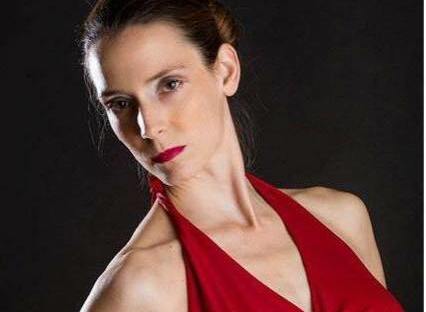 In my work in feminist theology, one book that has been incredibly useful to me is Elizabeth Johnson’s She Who Is. The following post is comprised of 3 mini-essays I wrote for an assignment on the first part of that book. They specifically look at how we talk about God.

Feminist theology is based on the experiences of women. These experiences and perspectives have longed been silenced —  in the Bible and in theological academia. As I write this in 2017, many women are finally speaking out about the sexual harassment and/or assault they experienced, most often in their workplaces. Their voices have been silenced in fear of retaliation, disbelief, loneliness. Only now are they beginning to be heard, believed, and validated. They have been caught in a system which negates their voices. Johnson writes,

From the margins feminist liberation theology sees clearly that society and the church are pervaded by sexism with its twin faces of patriarchy and androcentrism. This social sin has debilitating effects on women both socially and psychologically, and interlocks with other forms of oppression to shape a violent and dehumanized word. (22)

‘Traditional speech’ about God includes both the words and images typically associated with that word in the Western, Christian mind. These include words like: Father, Son, High Priest, King of Kings, Lord of Lords, Shepherd, Almighty. All of these are found in the Bible, not just in Christian discourse. Some of these words are explicitly male (Father, Son, King), some have implied maleness (Almighty). In a patriarchal society, however, all of the above mentioned words have male connotations. Images include perhaps most famously, Michelangelo’s Sistine Chapel. But that was predated by the Martini panel by nearly 50 years. It also shows God as an old, bearded, white man (Ea). Contemporarily, The Simpsons image God in a similar way (Ea).

These words and images rarely inspire a double-take or a question when used; rather, they are, in traditional, Western, Christian circles, the norm for describing God. Elizabeth Johnson raises two problems with this ‘traditional’ take: 1. It is oppressive and 2. It is idolatrous. These words may seem extreme in discussions of vocabulary choice and art, but Johnson’s case is very clear. She claims traditional speech, and the theology(ies) that stem from it to be

‘Oppressive: by drawing imagery and concepts for God almost exclusively from the world of ruling men’ which therefore ‘legitmate[s] structures and theories that grant a theomorphic character to men who rule but that relegate[s] women, children, and other men to the deficient margins’ (Johnson, 18).

Her case for the description of idolatrous is that traditional language is often “the only or the supremely fitting way of speaking about God, it absolutizes a single set of metaphors and obscures the height and depth and length and breadth of diving mystery” (Johnson, 18).

The traditional speech of God is as male and white, and the experiences of those outside those descriptors are denied divinity. Johnson writes of the divine ‘Male images allow men to participate fully in it, while women can do so only by abstracting themselves from their concrete, bodily identity as women’ (38).  How much more must that be true for women of color?!

Feminist theology, according Johnson ‘critically analyzes inherited oppressions’ (29). The Bible, as it currently exists in our hands, was written and compiled by men in patriarchal societies. This perspective must be remembered as we read and analyze the text for spiritual truths. Johnson encourages asking ‘to whose advantage is this articulation or arrangement of reality’ (29)? With such a perspective, the patriarchal worldview that dominates the Bible is easily seen.

Johnson calls ‘traditional speech’ idolatrous because it is narrow and confining. She writes that ‘male terms are used exclusively, literally, and patriarchally’ (33). By insisting on male identifiers and descriptors for God, Christians have limited the possibilities and mysteries of the Divine. They have made God in their own image. She also makes the point that ‘Interestingly enough, this has not happened with other historical particularities of the human Jesus, such as his ethnic heritage, his nationality, his age, his socioeconomic status, and so on’ (35). This point echoes the question we are to ask in the face of oppression: ‘to whose advantage?’ And the answer is, undoubtedly, the men in charge!

It is ironic to me, as someone coming out of a conservative, Evangelical faith perspective to now a more liberal and academic one, that they hold so strongly to their words and images. Evangelical Christians do not allow icons, for fear of falling into idolatry. Yet, they have created their own idols through their strict views of who God is and can be!

WHAT ARE WE TO DO?

Johnson cautions that a simple replacing of the names of God with feminine counterparts will not be all it takes to save God from our own oppression and idolatry.

God our Mother, is an obvious, yet too simple, example of a solution. Re-naming God as mother, or with names or images revolving around maternal images or nurturing instincts would be equally idolatrous, as it again narrowly constricts God to one aspect of feminine experience. Not to mention that excludes women for whom motherhood is not part of their experience. As Johnson writes ‘…the categories of virgin and mother come nowhere near summing up the totality of what is possible for women’s self-realization’ (52). These are only two aspects, two words. Women, and God, are bigger than that.

‘If women are created in the image of God, then God can be spoken of in female metaphors as full and as limited a way as God is imaged in male ones…’ (Johnson 54).

Simply replacing a God name with it’s female equivalent is not sufficient, as a new form of narrowing and idealizing, that is, idol making, may ensue.

Instead, feminist theology requires that we reexamine our way of thinking about God. Traditional speech cannot be the only way. This benefits not only women, as we take into account our own experiences and characteristics. Men benefit as well has they learn to embrace the mystery of God, the divinity being beyond our comprehension, beyond our human perspective.

A multiplicity of words and images can help maintain the holy mystery God.

Johnson writes ‘But insofar as God creates both male and female in the divine image and is the source of the perfections of both, either can equally well be used as metaphor to point to divine mystery’ (55).

For creating these new ways of speaking, Johnson points to Tillich’s analysis of symbols. Symbols (metaphors) must: ‘point beyond themselves to something else,’…’open up levels of reality,’…’open up depths of our own being,’…(46). Additionally, ‘They cannot be produced intentionally’, rather they ‘grow’ from the ‘collective unconscious’ (46). Indeed, ‘they grow and die like living beings in relation to their power to bear the presence of the divine in changing cultural situations’ (46).

The experiences of women are depths within us that have been untapped by current religious speech and images. Our cultural situation is definitely changing, and women’s experiences are new ground ready to yield new symbols of our new reality.

As already mentioned, mother and nurturing may be one type of image or word used, but they cannot be the only one. This is only one type of experience a woman may have. Instead, other relationships, common among humans, may be good ground for finding images.

These include relation to bodiliness as the medium of human spirit; relation through the body to the whole ecological network of the earth; relation to significant other persons as the matrix in which individuality arises, and to community as the context for identity…. (Johnson, 31).

Sin, in a feminist theology perspective, as discussed here, is social, not personal. One of my favorite sentences in this book is “Specific ideas of God support certain kinds of relationship and not others” (Johnson, 36). This sentence sums up the importance of how we speak about God. These words have the power to impact our relationships with God and others.

Typical Judeo-Christian thought emphasizes the personal actions undertaken to separate oneself from God. In feminist theology, sin is a social construct which separates us not only from God, but from each other. Sexism, racism, classism, ageism, androcentrism and all other -isms fall into this category of social sin.

In both isms [racism and sexism] characteristics are made to count for the whole essence of the human being, so that the fundamental dignity of the person is violated. Sexism like racism betrays the fundamental inability of a dominant group to deal with otherness, to acknowledge equal humanity and kinship with those who are different from themselves. (Johnson, 23)

In conservative, evangelical circles, personal sin is the more important discussion. By casting some people as sinners, and others as good, another separation takes place. When sitting in judgement over someone else’s personal actions, we take the role of God and deny the command to ‘love one another’ (John 13:34 and 15:12). By focusing on social sin, on the other hand, feminist theology at its best, seeks to recognize the systems that have separated us from our dignity, from each other. The sin is found in the system, and in the upholding of the system by a group, not in the individual people.

Feminist theology explicitly recognizes that the contradiction between this theological identity of women and the historical condition of women in theory and practice is glaring. This leads to the clear judgement that sexism is sinful, that it is contrary to God’s intent, that it is a precise and pervasive breaking of the basic commandment ‘Thou shalt love thy neighbor as thyself’ (Lv 19:18; Mt 22:39), (Johnson, 9).

These explorations and changes will not come easily. Centuries of patriarchal systems have enforced the maleness of God. An excellent example Johnson gives is the parable of the woman with the coin. Despite being mentioned in the same chapter of Luke as the shepherd with the lost sheep, with the same moral to the story, the woman’s story is not ‘frequently portrayed in Christian art due largely to the androcentric nature of the traditioning process’ (Johnson, 56). Even when female experiences and images are given in the Bible, they are often excluded from contemporary re-telling.

Systemic patriarchy functions to keep women’s experiences marginalized. The social sins of all the  –isms must be confronted, in order to make these changes, for the good of all of us who speak about God.

Johnson, Elizabeth A. She Who Is: The Mystery of God in Feminist Theological Discourse. New York, Crossroad, 1997.

Nicole Perry is a director, choreographer, actor and dancer. She is a choreographer/director at private school in South Florida, where she also teaches dance and drama. She is a former resident choreographer of Hedgerow Theatre (Philadelphia) and the Miami Children’s Theater. Her most recent performance credits include Veronica Novak in God of Carnage with Chicken Coop Theatre and a piece by Bill Evans for the 2017 Desert Dance Fest. Nicole is a PhD candidate at Ocean Seminary College where her research focuses on Theology of the Body in Performance. Photo by Maja Hofner

ANNOUNCEMENT: As of JUNE 14, 2019, our platform is no longer a chapter of nor affiliated with Christians For Biblical Equality, Intl. (CBE). We are now an independent group, called Voices of Color: Christians United (VOCCU). Our mission is to center the voices of people of color, especially women of color, in order to expose and combat global injustices at the intersection of gender and race. We stand for the full inclusion of all of God’s children in the life of the Church and in society, regardless of ethnicity, gender, sexual orientation, class, age, or ability. We are excited to launch this new platform and thankful to those who choose to embark on this journey with us. Please bear with us during the transition process of changing our name and logo across all our platforms. Thank you! View all posts by Voices of Color - Christians United (VOCCU)