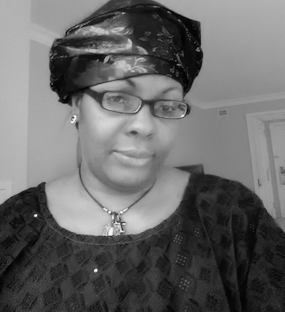 A few weeks ago, I drove my daughter to take her SAT exams. Each time, the location for the exams was at least twelve miles from where we lived and was located in a predominantly White middle to upper class neighborhood. I always stayed to make sure my daughter got in without a problem before I drove off.

While I waited, I watched the line and groups of kids streaming in. Some were dropped off by their parents. Others (White kids) drove themselves there, parked and joined the line.

As I stood and watched about two hundred kids show up for the SATs, I was struck by something – they were all mostly White kids. At either location, in the space of ten minutes and about two hundred teenagers, I counted less than ten Black kids among them. My heart dropped each time and I was sad.

The second time we took the SATs, as I sped through the neighboring towns in between, past highways, and residential areas (all mostly White populated), I asked myself how many Black families in the town we lived in could afford to do what we were doing that morning? How many Black families in my small, economically-challenged town had (working) cars, to enable them get their children to the SATs this morning?

Another question I asked myself was “how many families without cars, but with smart kids who would probably do well in the SATs and who should probably be encouraged to try, would not be able to make it to the SATs because these towns have a poor inter-city public transportation that runs on a schedule that would not allow getting through twelve miles in a timely fashion, to allow punctual 7:30am arrival demanded by College Board for the participants?”

Most public transportation systems in economically-challenged or residential areas, do not operate on a schedule that accommodates very early appointments. Such transit systems also require one or two bus transfers (sometimes out of the route of the desired destination), further increasing the distance and time it takes to get to one’s destination.

I have worked with kids aged 3-18 for the past nine years in my area, and I have not yet met a kid who wasn’t intelligent enough to learn to perform well on standardized tests. Even the kids who are labeled ‘challenged’ are really smart (and I’m not exaggerating!). The problem with kids’ participation and achievement is not the brains, but rather the lack of resources to support their academic development.

Too little resources exist for economically-challenged communities. All the resources are located in moderately well-to-do to affluent areas. Businesses and organizations want to be situated in places where the residents can ‘afford’ their services, thereby effectively limiting access of relatively simple, but essential services to those in economically-challenged communities.

Oftentimes, children in economically-challenged communities are given a bad rep without a proper look at the circumstances surrounding the kids. The few organizations or people who do look at ‘circumstances’ tend to look at individual family circumstances. While due attention to individual family systems are good, they are nevertheless, only the tip of the iceberg, a symptom of the underlying, more grave fundamental issue – the effect of systemic racism on economically-challenged (often mostly populated by people of color) communities.

Take for example, my small town of Aliquippa. A town that was booming in its heyday as the location of the famous J&L Steel company. Just like the other communities which situated the steel mills, J&L built settlements for their workers (this was not done out of a sense of justice, but as a way to feed the great need for the employees to work the steel mill).

While the steel mill was active, virtually everyone – colored and White – in town was employed. There was money to spend. Businesses opened on Franklin Avenue, the main street in Aliquippa. Franklin Avenue was the Broadway of Beaver County – people came from Ohio, West Virginia, Pittsburgh, etc., to shop on Broadway, Aliquippa.

There is virtually no recreation, whatsoever, in Aliquippa, either for kids (beyond football for boys and a scantily supported volley- & basketball for girls)  or for adults (beyond bars). When I moved there eleven years ago, my then, three-year, almost turning four-year old daughter already had more than three years of recreational activities through the Maryland State Parks & Recreation, a department of the State of Maryland that ensured the accessible and affordable recreation for both young and old in all the counties. Through this system, I, a seriously, economically-challenged single mother, was able to enroll my multi-talented young daughter in music, gymnastics, swimming, and ballet, from when she was just twelve months old! By the time she was 46 months old, she’d had no less than 36 months of weekly recreational activities under her belt. At the time we relocated to Aliquippa, her gym had started recruiting her – she was less than four years old, but training with kids 12-18yrs old. All that vanished when we arrived in Aliquippa. The very few and far between recreational facilities and programs outside our locality were either too pricey to fit into our budget or else they weren’t really invested in Black children. Contrary to the diverse population we encountered in the DC-MD-VA tristate area, my daughter was often the only Black face among the mostly White faces in the available recreational programs in the Beaver County area.

Our few are not the Marines.

The only Black face…. Participating as almost the lone Black face in mainly White-populated spaces doesn’t mean we are exceptional. It simply means we have access to certain resources that many of our fellow Black families in many towns in Beaver County don’t have. It just means that the upbringing of hard work and professional ambition in a space in which everyone had access to the basic necessities of life such as education and play, meant that I wanted (and fought) for my daughter to have the same opportunities I had growing up. Opportunities that are sadly lacking to many Black families in the economically-challenged cities of America. Opportunities that are lacking, not because the Black families don’t want them, but because the system doesn’t include them in planning the communities.

The new Shell fracking company is coming to Beaver County – another company that wants to increase its profits and which only connects to the residents as ‘labor.’ Another company that will take all it can get, but leave poverty behind when it has exhausted the resources of the land. Shell has done this to other people of color communities outside the United States and it is hard to believe that their coming in to our economically-challenged communities with the promise of jobs is going to be different. Whereas Shell is the largest oil company in Nigeria, it does not invest in the communities of the region in which it is located (Delta State).

In addition to being raped by corporations, government policies don’t pay attention to the impact that these deficits in economically-challenged communities  have on developing children. This is reflected in the most recent proposal to cut after-school programs from the education budget. Who do you think will be most affected by these cuts? Children of parents in affluent communities or children of already poor people in economically-challenged areas???

Children of color all over the world are the faces of philanthropic organizations and programs that constantly focus on the economic plight of the individual families without giving a thought to changing the systems that create the poverty in those communities. I want to propose a better way…

We all need to stand up and speak for the communities and not just the individual children in our programs.

Every company, organization (for- or non-profit), churches, etc., should include provision of at least, one weekly recreational program for children and adults in its services.

Rather than sell the faces of the ‘poor’ children of color, churches, missions and non-profits must learn to invest that advertisement money in influencing policy that improves the living situations in their communities.

We don’t want just a few (Black) kids doing well in our communities. We want every Black kid to have a fair shot at doing well, by holding all (individuals, corporations, and government) responsible for establishing livable, thriving communities for people of color.

Rev. Oghene’tega Swann is an ordained Teaching Elder (Pastor) in the Beaver-Butler Presbytery of the Presbyterian Church(USA). She is the founding pastor of Refreshing Springs Ministry, Aliquippa & Ambridge. She has the honor and privilege to be mother to one wonderful, biological child and many, many more non-biological children.