Gender inequality permeates nearly all aspects of our Nigerian homes and this is seen in the way that respect is accorded more to men than to women in the home. In most Nigerian cultures, women do not really have a voice and children are taught to respect their fathers more than their mothers. Mothers are even abused by fathers in the presence of their children and although children highly value their mothers, fathers are usually highly regarded and feared.

In the Nigerian setting, the child can speak disrespectfully to the mother and get away with it but not so with the father. If a child disrespects the father, all hell breaks loose – there would be no peace in that home, and the child could be subsequently disowned by the father.

Male children especially, tend to get away with disrespecting their mothers.

The scripture passage Ephesians 6: 2 “honor your father and mother..” is quoted with ease and swiftness whenever fathers are disrespected, but conveniently forgotten when a woman or the mother is concerned.

In our Nigerian churches and Christian marriage seminars, much  interpretative effort has been invested in the issue of ‘respect’ in marriage with emphasis on the wife as one who respects her husband.

This has fostered the wrong sense of entitlement in men expecting to be respected in marriage, but not so with women.

The unreciprocated responsibility of respecting the man is put on the woman. This is a double standard which places a burden on women to respect men but to expect and receive no respect in return.

Everyone wants to be respected. Everyone needs to be respected. Respect should not be gender based.  Respect is reciprocal. When respect is accorded to both men and women, regardless of gender, we will have better homes and communities and also raise respectful kids. 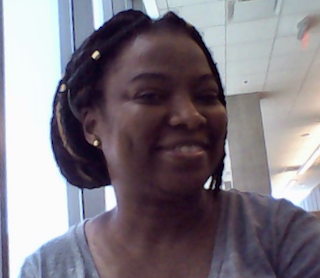 Edith Durojaiye is a Nigerian-born and trained attorney. She lived in the Republic of Ireland for several years, where she served as a director on the Board of the Longford Women’s Link, a women’s organization in Longford, Ireland. She has a diploma in Christian Ministry and is a graduate of World Changers Church International Bible School, 2015 Class. She recently earned a Master’s degree in Law from Georgia State University. She is passionate about biblical equality and lives in Atlanta, Georgia with her family.