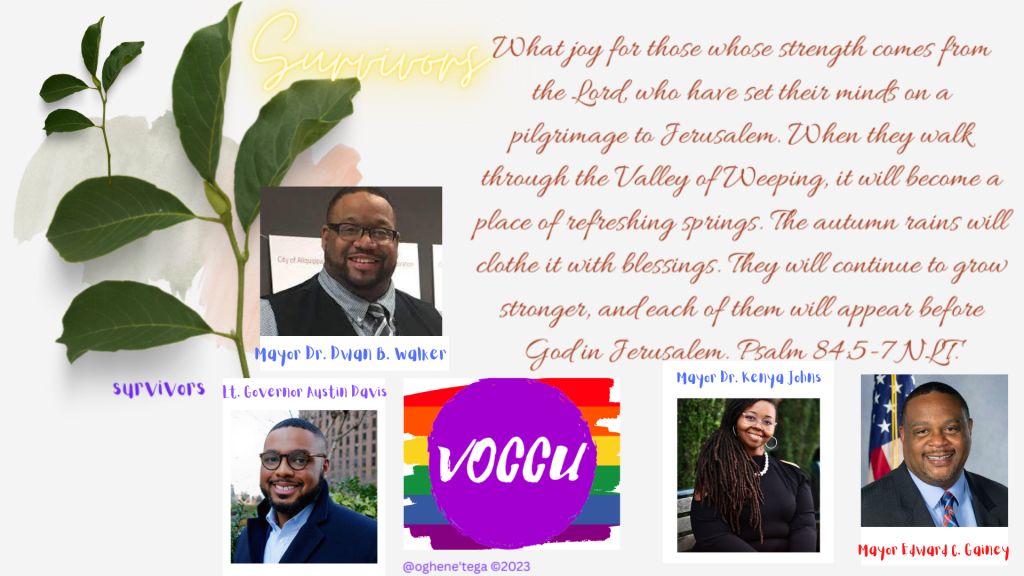 A single mom who works two jobs, who loves her kids and never stops, with gentle hands and a heart of a fighter. I’m a survivor…But I must have had my momma’s will.”

I loved watching Reba. I loved the theme song even more. As a new single mom at the time, it spoke volumes to me. The theme song would come on, I would start singing and then comfortably park myself somewhere to watch “Reba.” Reba’s song wasn’t just about single moms. It was about folks who struggled to make it against all odds and today, on #MenOfColorSaturday, I realized that of all men in America, only Black men are uniquely placed to sing out loud Reba’s “I’m a Survivor!”

What do all of these have to do with Black men in America???

You know, I thought about how despite patriarchy’s centering and glorifying male hood and masculinity, white supremacy presents a different the plight for black men. Black men are not seen in American society as being equally worthy as white men. From when they are boys in American society, they are doomed to a life of discrimination, inequality, disenfranchisement, poverty, violence and dismissal. When black men make it in America, it is not because they are men. It is despite the fact that they are men. Black men’s ‘man-ness’ is not the same as white men’s man-ness in America.

From the early days when white men enslaved Africans in America, the goal of white society has been to ‘beat’ the man-hood out of black men. While upholding patriarchy and the Bible as the right for whiteness and male superiority, they nevertheless exclude Black men from freely participating in patriarchy in America. Sound familiar? Don’t it sound just like a woman’s plight in the religious Christian community and patriarchy?

This is why we include the advocacy for justice for black men in our advocacy at Voices of Color: Christians United. We see that white patriarchy and whitesupremacy does not recognize black men as men and beats down any black man who thinks to defeat these odds into which they are born in America.

But thank YHWH for justice! Change is coming. Change has come. Change will continue to come. Just like with women’s liberation, Black men are regaining their place among the humans of North America. A place that allows them stand beside white men and white women. While not many occupy that place of equality (just like not many women of color occupy spaces of equality with white men and women and men of color), nevertheless, the movement is on.

These are all great wins. These are all great strides, especially when one considers that it was just as much of a challenge for these men to get into these positions as it was for a neighboring city, Beaver Falls, PA to get its first black mayor, a W-O-M-A-N, Mayor Dr. Kenya Johns this past 2022!

Despite patriarchy, which is still alive and well in black communities and churches, black men, like women and especially black women, still experience a lack of visibility in North America.

North America still has a doomsday prognosis for the lives of black men. Police brutality, racism, high incarceration rates, unemployment, sports-only initiatives, poverty…all of these work systematically to keep the black man down alongside black women in America.

This is why we include the advocacy for justice for black men in our advocacy at Voices of Color: Christians United. We see that white patriarchy and white supremacy does not recognize black men as men and beats down any black man who thinks to defeat these odds into which they are born in America.

While we celebrate our singular wins and cheer on our black men, we will also kindly remind them that:

*we lend them our voices and expect that they should lend us theirs.

*they should remember to work hard to improve the place of black women in society, so we stand side by side as YHWH intended from the beginning.

*they should join our work of gender and racial advocacy because the black race needs us all working together to end racial AND gender injustice, inequality and discrimination.

Black Men, Voices of Color: Christians United invites YOU to JOIN US. We are waiting for you to visibly and audibly join us in advocating for our entire black community: women, children and men.

We are waiting for Black Men to intentionally start backing, supporting and elevating black women even as we also back, support and elevate you on all platforms.

Give to our work today.

Donate to and support our causes.

Be part of our community.

The same invitation is extended to the white people who helped elect these ‘first black men’ into office. We appreciate and applaud your work! However, the work is not completed until there is no more room to say ‘first’ because men and women of every race and class have equal shot at inclusion and success. Therefore, we appeal to you to lend the support (advocacy and financial) that you lent to elect these ‘first black men’ into office to Voices of Color: Christians United, so we can continue our work of helping to normalize the presence of men and women of color in positions of leadership in work, church and home. So, to you, white allies,

Give to our work today.

Donate to and support our causes.

Be part of our community, so that together every person, regardless of gender and race can thrive!