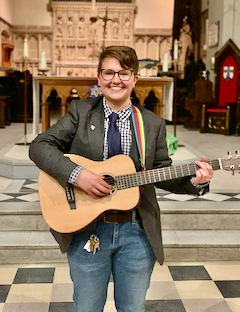 "Phrases like “same-sex-attraction” and “struggling with...” are homophobic dog whistles from anti-LGBTQ+ ideologies that are so extreme they believe that even identifying as lesbian, gay, or bisexual––even without acting on your attractions––is sinful, and being transgender is altogether off the table." -Alex M. Griffin

"When we imagine the early followers of Jesus, we must imagine them beyond an ethnic binary of Jew/Greek and beyond a sexual binary of male/female. God’s people has always been diverse, before, during, and after the days of Jesus, and God’s people continues to be diverse today." -Haley Gabrielle 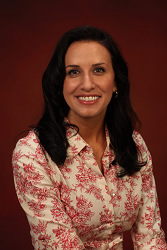 "But I’ve been served communion many times by men whose wives came to church with black eyes. As a teenager, I heard several pre-communion devotions from young men who harassed, coerced, and assaulted girls in the congregation. At least one girl told of being groped and forcibly kissed at church, but nothing was done. The perpetrator was later asked to speak during Sunday morning services again and again while that girl, no girl or woman ever was." -Dr. Tara M. Tuttle

"My husband doesn’t assume things about my sexuality just because I am a woman, and I resist the same temptation to stereotype him. In this way, we are free to express our sexuality without labels, or barriers, or shame." -Iris Chen